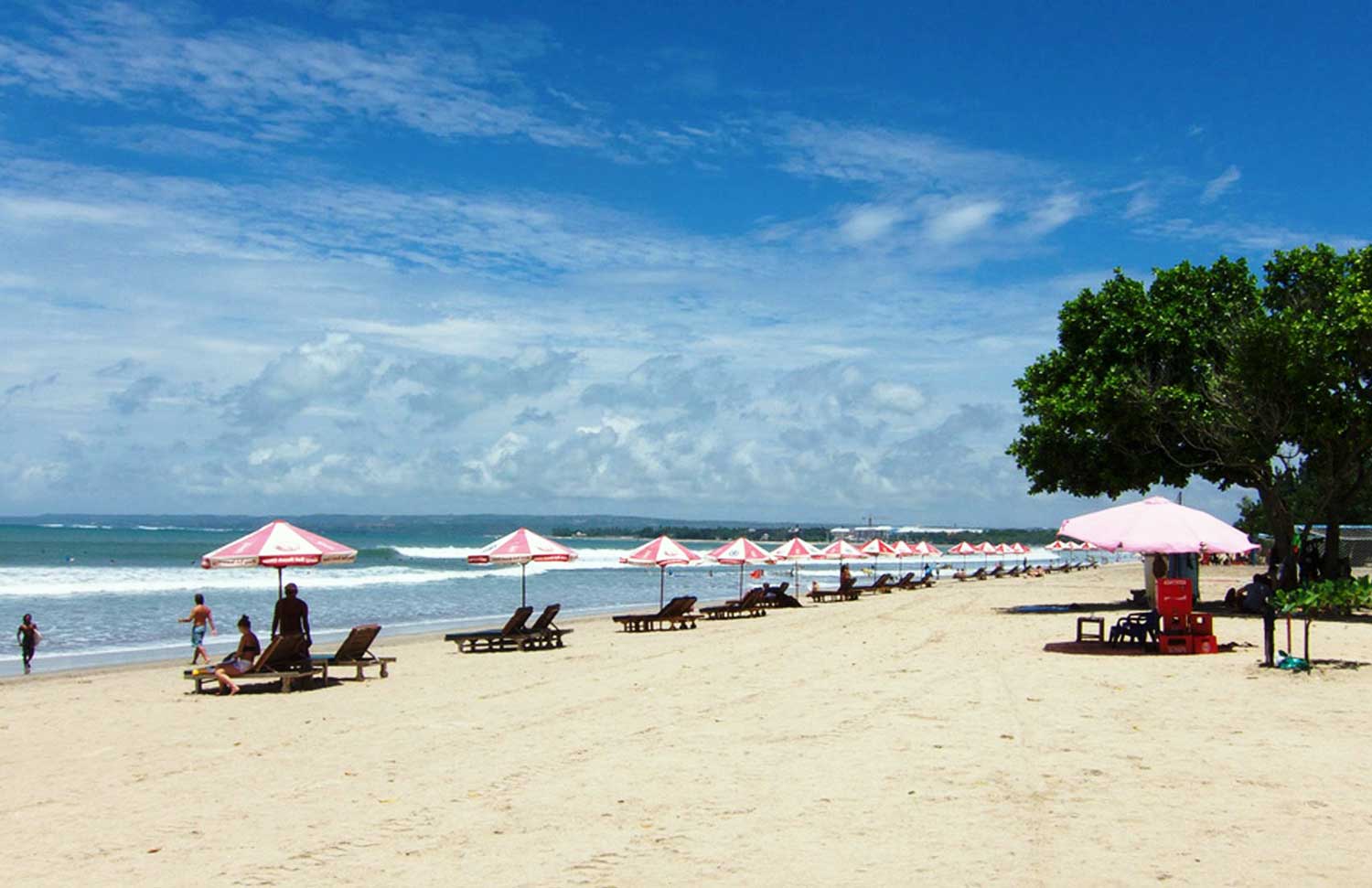 Kuta is Bali-on-a-budget, a raucous, infamous holiday enclave dedicated to fun and sun. A bustling network of narrow lanes lined with bars, losmen (basic accommodation), and stalls piled high with fake surfwear, dodgy DVDs and lurid football shirts, Kuta is all about bacchanalian nights and rampant commerce. Prepare yourself for plenty of attention from the shopkeepers and armies of hawkers that comb the streets here.

Yet a few steps away, Kuta’s raison d’être remains as wonderful as ever, as another set of perfect rollers washes over its magnificent golden sands. And while subtlety is not Kuta’s strength, the resort retains a slice of Balinese charm – incense wafts down the gang and offerings of flower petals are laid out each morning to placate the Hindu gods.

And if you’ve had your fill of Kuta’s frenetic energy, consider shifting just up the coast to the less manic surrounds of Legian or stylish Seminyak with its designer bars and legendary clubbing scene. Both are continuations of the same strip that creeps up the coastline; the further north you get from central Kuta, the less built-up and more exclusive the area becomes. But even in the heart of Seminyak there are a few budget hotels, and some terrific, authentic warung.

Following the bombs of 2002 and 2005, the area is not quite as busy as it used to be, but the locals remain upbeat, and stylish new places are emerging. So if you’ve spent weeks hiking the jungle trails of Kalimantan or thirsting for a bar in deepest Papua, Kuta could be ideal for a few nights R and R, for this is where Indonesia slips on its boldest board shorts and really lets its hair down.

BALI BOMB MEMORIAL
This is a memorial to the 202 people murdered by the bombs on 12th October 2002, and is on Jl Legian opposite the corner of Poppies II. This is the former site of the old Paddy’s Bar, and opposite the former site of the Sari Club, which is still an empty space, next to the Billabong shop. Every year on the anniversary date there is a ceremony mourning those killed or wounded by the bombs. Whilst viewing the memorial, please be calm and silent out of respect. The local Balinese will often be curious to learn if you knew or were related to any of the victims.