In Bali, Tanah Lot temple is known as one of the sea temples. According to local legend, each of the sea temples was to be within eyesight of the next. All of the seven temples were also made to protect the island. The shrine was built by Dang Hyang Nirartha in the 16th century during his journey through Bali’s south-west coast. There, he found a small island and decided to spend the night on it. In the next morning, the priest asked local fisherman to build a shrine on the rock dedicated to the God of the Sea.

In Balinese, Tanah Lot means the land in the middle of the Sea. Today, the temple is part of Tabanan Regency or about 33 km from the city of Denpasar. It is suggested that tourists who want to go to the temple choose Canggu route because the line of rice fields during the trip is beautiful. The temple cannot be seen from the main road because most area around it has been developed. There are some large hotels can be found near the landmark.

Tanah Lot temple is considered as one of the most sacred and important places in the island. The sea temple is not accessible to visitors or tourists because it is only reserved for pilgrimage. However, amazing views of the old with glowing sunset as background can be seen from so many nearby spots. There is a line cafe where tourists can find a variety of food and beverages as well as a line of souvenir shops where they can buy something to bring home. Some cafes around the temple area offer panoramic sunset views. When it is ebb tide, usually tourists will be centered at the beach between the rock where the cliff of the mainland and the sea temple is laid.

Another famous attraction in the site is the caves which form part of the cliff. Local people believe that a gigantic snake lives in one of the caves. They also believe at the base of the rocky island, there are poisonous sea snakes protecting the sea temple from intruders and evil spirits. The legend said that the snake is the scarf of Dang Hyang Nirartha; the builder of the temple.

When the tide rises up to the rocky island, the main land will be separated by water. When such thing happens, boats are the only way for the local pilgrimage to go to the temple.  When the tide is high, the small rocky island looks like a huge boat with a shrine with trees on it anchored.

Tanah Lot temple tour is something easy to find. Most tour agents have and offer the sea temple tour. Most tourists, especially who visit Bali for the first time will be curious about it. Watching beautiful sunset in Tanah Lot will be one of the most unforgettable moments during the vacation. Moreover, it is said that visiting Tanah Lot temple is a must because of its authentic and beautiful views. 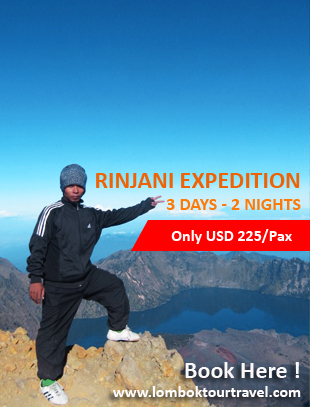